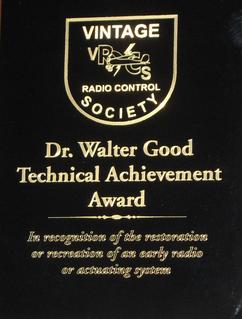 In the 1960's, a reed radio was the item to have! You had remote control of not only rudder but also elevator and throttle, this was done with the help of six reeds in the receiver. Then bigger sets came along with 10 reeds that also gave you aileron and trim for the elevator.

The 1960's reed transmitter itself had a series of toggle type switches, one for each function. Elevator was on the left and rudder was on the right - the foundation for our "mode 1" flying. The toggle switches were spring loaded in the center position, the pilot would push the rudder right (for example) and the rudder servo would slowly move (about a 2 second transient time) to full right. If the pilot wanted less than full right rudder (proportional control) he would pulse the rudder - right, right, right etc. This means that flying was a series of blips, up,up, right, right, right, up, left, left........etc,etc.

The servo's of the day were big and slow and they came in two versions, centering and non centering.

A centering servo was used on the control surfaces, rudder, elevator etc. Centering servos would sit at neutral until there was a command (right, up etc.) and then return to neutral when the pilot released his toggle switch. If the pilot was blipping a command (right, right etc.) the servo would move to the right then back to neutral in between the blips. Since the servos were slow, the servo did not have time to reach full right or get all the way back to neutral. Therefore proportional control was achieved by how long the pilot held the toggle to the right and the time between blips.

These non centering servos would stay where you left them. Again these servos were slow so the pilot could walk the throttle to high (for example). If the engine was at idle, the throttle toggle switch could be blipped to fractional throttle settings - not just idle or full.

The 1960's reed transmitters would generate a series of audible tones, a different tone for each channel. A six channel system operated only three functions in the model, rudder, elevator and throttle. A channel was needed for right while a second channel was required for left etc. These tones were sent out of the transmitter via RF usually on 27 MHz to the receiver. A relay looking device in the receiver had six contacts. These contacts were the reeds and only one reed would vibrate for a given tone.

A few years ago I put together a "Playboy" that I currently fly with a reed system. Since then, I had thought others might like to fly reeds without going through as much trouble as making a 1960's radio operate.
The Reed Emulator is not a transmitter but is a buddy box (student) and will operate with most JR/Spektrum transmitters, it will also operate with Horizons Hobbies Phoenix Pro Flight Simulator system.

Just about any 3-4 channel airplane can be flown on "Reeds" or at least feels like it operates on "Reeds" and there are no modifications to your transmitter or airplane.
Once the Reed Emulator is plugged into a (master) transmitter, that transmitter will work as normal. When switched to student (Reed Emulator), the servo transient time is increased to simulate that of reed servos. The reed pilot will then have to pulse his commands.  Example; right, right, up.........etc.
In the case of throttle, I have a digital circuit that walks the throttle servo slowly up/down as the pilot holds the throttle toggle switch up/down, when the toggle switch is released, the throttle remains in that position.
In the 1960's, trim only operated the elevator. I thought many pilots of today would have a problem with this. On the Reed Emulator, if  the pilot holds the trim toggle switch,  all the other toggle switches become trim levers so he can pulse in a little trim - right, down etc. When the trim toggle switch is released, normal reed operation is restored.
AND... at any time the instructor (master transmitter) can take over with normal controls of the airplane.

In the early 1950's, Brayton Paul came up with a very clever motorized servo that also had built in failsafe.
In the day, most actuators were rubber band driven. When you pushed the button on your transmitter (if everything worked) you would get right rudder, let go - neutral. When the button was pushed again you would get left rudder, let go - neutral. Third push was right rudder etc. etc. until the rubber band unwinds. And if there was loss of radio signal or some sort of radio failure or radio interference or the rubber band unwinds, the airplane might fly away. A good day of flying was when you were able to take home a repairable airplane.
Brayton Paul had observed the action of a flyball governor on a steam engine. The centrifugal force of the flyball was translated into a push/pull action that operated the steam valve on the engine. Brayton used a small electric motor to spin the flyball, the push/pull action was then connected to the rudder. Also, he did not have to reverse the motor for changing direction left/right.
Normally; the rudder would sit at full left, when the button on the transmitter was pushed the motor would spin and the rudder would move through neutral to full right. Push the transmitters button for right, let go for left. Neutral rudder was then achieved by pulsing the transmitters button, it was also possible to have proportional control by pulsing the button a little more "on" (right) or a little more "off" (left). If your airplane lost signal, the flyball would stop spinning and the airplane would circle left. If your airplane had interference, the flyball would spin and the airplane would circle right. It was always better to take a broken airplane home than to have a fly away.
Some Reed Emulators will also emulate a flyball actuator, this feature is selected by the switch in the center of the Reed Emulator labeled "Power"
Note; this power switch does not turn the Reed Emulator on/off. The Reed Emulator is powered up when the training cable is plugged into the bottom.
The switch labeled "Power" has up to 3 positions.
Switch down - is operation of the Reed Emulator. The airplane is flown with the elevator, aileron/rudder and throttle levers.
Switch up - is operation of the Escapement emulation, push the "key" push button" once for right rudder and a second time for left rudder etc. etc.
Switch middle position - is operation of the Flyball emulation. In this mode the rudder will sit at left, when the "key" push button is pushed and held, the rudder will move to right. Neutral is achieved by pulsing the push button.
AND.... At any time the master transmitter can take over with normal control of the airplane.

I thought others might want to try the flying of yesterday.

At this time, Reed Emulators are not for sale but are for rent. This is due to the construction of the "Box" and switches. If you have an old reed transmitter, I can build a Reed Emulator into your transmitter. I remove the electronics from your transmitter and install mine. The cost starts at $300 for three function - rudder, elevator and throttle.

The rental cost is $45 for the first two weeks and $20 for each week after that.

The rental cost includes shipping from me to you, within the USA. Return shipping and insurance  back to me is your responsibility.

Rental requires a check in the amount of $450. Rental fees will be deducted from the $450 and the rest of your deposit will be returned to you when the Reed Emulator is received by me in the same condition that is was sent to you. 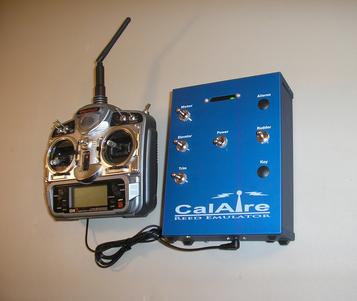 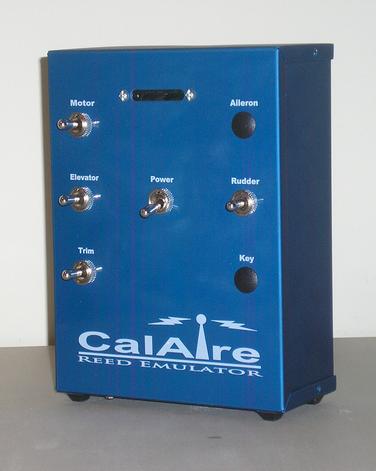 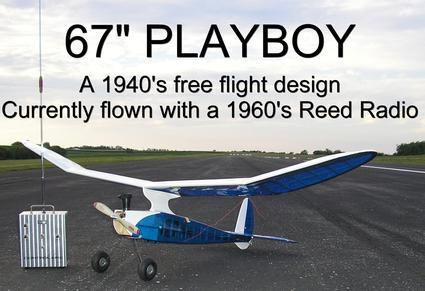