​Note: There was a typo in this article when it went into print. The third paragraph talks about a voltage drop of 0.1 volt and another voltage drop of 0.02 volt. The print version changed these numbers to fractions of 1/10 and 1/20.

Even the most robust radio systems are worthless without a good clean power supply.

I have written articles for most of the model magazines for many years. Much of my writing for 15 years, was the “Radio Spectrum” column in RCM magazine - the good ole days. If you have topics or questions you would like me to address, send your ideas here to Jay Smith or email me at calorrflyrc@hotmail.com.
Cal Orr

p1010054(2)jpg
1) Oscilloscope display set to 1 volt per division vertical and 5 ms (millisecond) per division horizontal. The scope is connected to a 4.8 volt 500 mAh battery with no load. The trace is about 5 ½ divisions above my ground or 0 volt line indicating 5 ½ volts.

p1010067(2)jpg
3) Oscilloscope displaying some what of a square wave. I have an oscillator circuit turning on/off my small light bulb. The display shows the battery switching from open circuit to loaded where the voltage swings from about 5.5 volts (no load) to 5.4 volts with a load.

p1010038(2) jpg
4) The oscilloscope is connected to the receiver buss displaying the voltage. The RX battery is 4.8 volt 500 mAh and there are 4 standard servos plugged into the receiver. I am continually operating both transmitter sticks end to end. Note: the voltage drops as all the servos operate back/forth. The left side of the screen shows a voltage dip to 3.2 volts and the center of the screen shows a dip to 3.4 volts.

p1010051(2)jpg
5) Same as photo #4 except the battery is replaced with a 4.8 volt 2700 mAh. The lowest voltage dip is about 4.5 volts.
p1010086jpg
6) “Y” harness with diodes, plugged into the throttle port of a receiver. This “Y” harness would be used in a twin engine electric aircraft with two ESC’s. The two BEC’s would then act as backup power to our receiver/servos. Normally the diodes would be insulated in heat shrink tubing. (See text)

I have written many articles over the years for most of the RC Hobby magazines.

I started with "Scale RC Modeler" magazine in the late 1980's for about 2 years, my column was "Electronics Page".

Since the close of RCM, I have written articles for "Model Airplane News", "Fly RC" magazine, "RC Report" and "Model Aviation".

While you can find several of these articles on line,  I will also reprint some here. 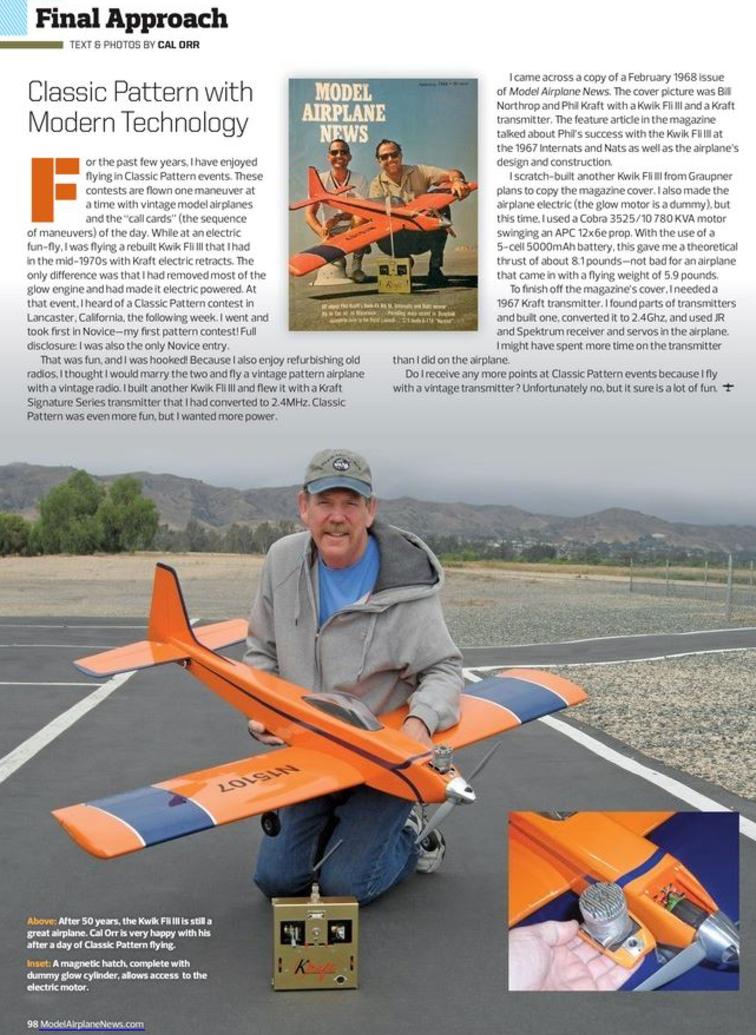