The transmitters antenna is not removable and does not rotate. You can move it up down and should fly with the antenna at 45 degrees so it does not point at the model when flying.

There is not a removable Tx module in the transmitter, the module cover is glued in place.

When you turn the transmitter on;

The left meter will indicate battery voltage and should be between 9.6 and 11.4 for flight.

The right meter is form the interface circuits and should be between 8 & 10.

The back of the transmitter has a hole/plug where you can see two LEDs (lights) red & green. When the transmitter is first turned on, the LEDs will blink for a few seconds, then the green LED will be on solid. If in the range test mode (bind button held down) the red LED will also blink.

When the bind button is pushed and held, (red LED blink) the Rf output is reduced and you should get at least 30 paces or 90 feet. When the button is released, full output power is restored.

Do not fly unless the green LED is on solid and red LED is off.

Channel mapping - where the servos get plugged into the receiver.

Note, The Kraft 7C transmitter has channel #5 as landing gear and channel 7 as Aux #2. 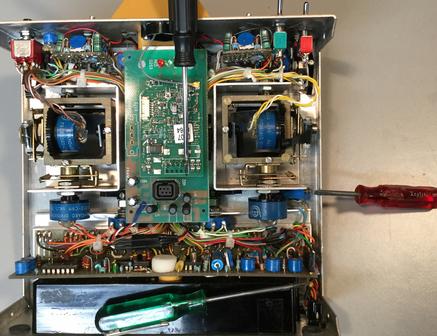 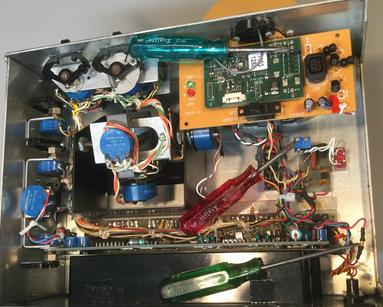